Life Update 2 (Accompanied by another apology!)

So...how long is it since I've posted? The start of January?
.
.
.
I am truly sorry! I just had no motivation to blog, and life has been very busy at the moment. I will try and update more regularly (which, to be honest, won't be that hard for me!). 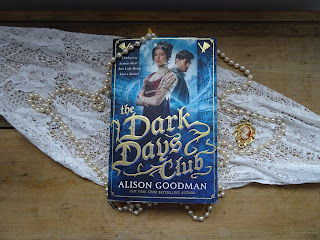 - I haven't been able to read a lot, unfortunately. In January I only read Suicide Notes from Beautiful Girls by Lynn Weingarten, which I gave 3.5 stars, and The Kiss of Deception by Mary E. Pearson, which I gave 4 stars. So far in February, I've read The Dark Days Club by Alison Goodman which I loved and gave 4.5 stars, and I'm halfway through Passenger by Alexandra Bracken and Pride and Prejudice and Zombies by Jane Austen and Seth Grahame-Smith and enjoying both! I also think Passenger is the most photogenic book ever, and have taken many, many photos of it...it's just so pretty!

- At the start of the year, I had a burst of inspiration. A whole 5 book series came to me, and I felt so writerly and on top of things...and now that has gone! I have about 8 not-even-half-created ideas that are literally one sentence long, and I can't for the life of me flesh them out. The 5 book series is my main priority, and I have a few more ideas for it - I managed to plot out the first book - but I don't have the energy or time to sit down and properly plot everything out.
-  My other story, that I call Frank & Lucy because I hate creating proper titles and they are the main characters, is going well, if a little slowly. I've decided to share a little snippet of it here! This is from one of the most recent parts I've written:


The inn was more welcoming at night, she thought, and a lot more active. They were seated around one of the copper tables near the stairs leading to the rooms, with a lantern hanging above Lucy’s head. She was facing the rest of the inn and could see that the clientele of the pub was...eclectic. There were some sole drunkards propping up the bar, a rowdy party of men occupying half of the room gambling, and several women who appeared to have...questionable motives for being here. The smell of cigar smoke clung to every fibre of the room, and, coupled with the hazy cloud above everyone’s heads, it made it feel like if one were to stay still for long enough, they would become one of the many stories swirling in between the ash in the air.
Lucy set down her glass just as the waitress arrived with two steaming plates.
“Yer meals,” she mumbled, plonking the food down onto the table before leaving.
Frank raised his eyebrows. “She’s charming.”
Lucy nodded, picking up her fork and prodding the indeterminate meat. “As charming as this food, by the looks of things.” 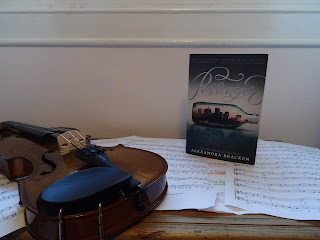 - I have finished Teen Wolf season two, which left me in an emotional fangirly mess! I seriously love Jackson and Stiles.
- I'm watching Shadowhunters, and, while I was nervous at first, I think it's really improving! I loved last week's episode, and I'm really looking forward to the new episode tomorrow.
- Pretty Little Liars has got me hooked, again! I thought I wouldn't enjoy it as much as the other seasons, but I do, and I actually really ship spaleb even though I loved spoby in series 5!
- This isn't TV-related, but I'm listening to the soundtrack to Hamilton and it's so bizarre and funny, I really like it!


So hopefully this has made up for the lack of posts, again! How was everyone's reading month in January? Does anyone have any TV shows I must start watching?
Thanks for reading(:
Posted by Unknown at February 16, 2016