Somewhere on this page is (hopefully) a picture of my latest book haul, containing: Cinder by Marissa Meyer(I WILL read the Lunar Chronicles before the fourth book comes out!), The Miniaturist by Jessie Burton(I'm not going to lie, I bought it mainly for the cover; I know it's set in Amsterdam and everyone loves it, and that's it), Lola & the Boy Next Door by Stephanie Perkins, Red Queen by Victoria Aveyard, and These Broken Stars by Amie Kaufman and Meagan Spooner.

For those of you who don't know(probably most of you), I'm currently on a book-buying ban, as my TBR books have gone from one small pile to three rather large piles in a worryingly short space if time. Well, I'm meant to be on a book-buying ban, but I broke it(again) at the weekend. Now, I thought I'd share how I plan on changing my ban so it's easier to keep, along with my TBR jar rules.

My book-buying ban was originally meant to be all year, with exceptions towards any books I've been waiting for for ages (like Lair of Dreams by Libba Bray-roll on July!). This failed within...well, by February, because I apparently have no self-control! Now, however, I've come up with a new plan which will hopefully be easier to keep up with.
March-on the ban (we'll just let my most recent book haul...*shoves books to bottom of back pile of TBR pile* what book haul?)
April-off the ban
May-on the ban(probably for the best...I need to focus on exams:/)
June-on the ban(exams again:/)
July-off the ban
August-off the ban
September-on it
October-off it
November-off it
December-on it

I will no doubt break this by the second of May, but at least I can say I tried! For my TBR jar, I use the system of reading five books picked by the jar and then choosing one myself. I also give myself two or three picks from the jar if I don't feel like reading the first one.

And finally, onto Camp NaNoWriMo! I am doing it for the first time this year, which I'm quite excited about. I've set up my account, but I can't change it from April to July, when I'd like to do it. Any suggestions?
Have any of you read the books I've hauled today? If anyone is on a ban at the moment, how is it going? Let me know if you're doing Camp NaNoWriMo, and if you know how to change the dates!
(: 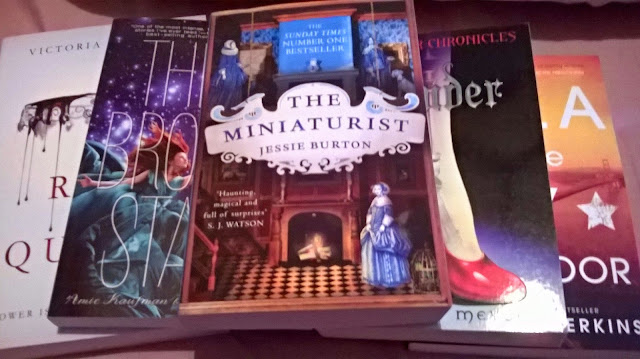 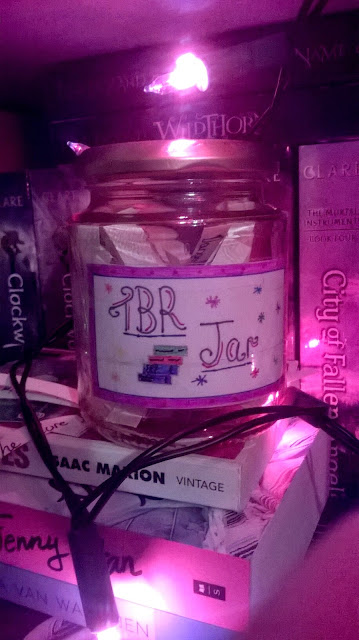 Email ThisBlogThis!Share to TwitterShare to FacebookShare to Pinterest
Labels: book haul, books, cinder, lola and the boy next door, reading, TBR, these broken stars, to be read, ya