To see all the books I've acquired in August, visit my bookhaul here.
August was a good reading month for me! I read nine books in total,, compared to my usual five or six in previous months, and the books were great. I think I read so much because I went on holiday at the start of August and got through four books alone in that first week! 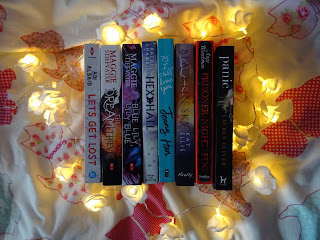